His Idea of Polyamory Was One Sided – Trigger Alert

Over the years I have encountered so many different definitions and ways to describe polyamory.  I ran across a definition on the website www.PolyFidelity.org.au that I found to be most accurate;

In 1999, Morning Glory Zell-Ravenheart was asked by the editor of the Oxford English Dictionary to provide a definition of the term (which the dictionary had not previously recognised). Her definition was:

The practice, state or ability of having more than one sexual loving relationship at the same time, with the full knowledge and consent of all partners involved. This term was meant to be inclusive, and in that context, we have never intended to particularly exclude “swinging” per se, if practitioners thereof wished to adopt the term and include themselves… The two essential ingredients of the concept of polyamory are more than one; and loving. That is, it is expected that the people in such relationships have a loving emotional bond, are involved in each other’s lives multi-dimensionally, and care for each other. This term is not intended to apply to merely casual recreational sex, anonymous orgies, one-night stands, pick-ups, prostitution, “cheating,” serial monogamy, or the popular definition of swinging as “mate-swapping” parties. 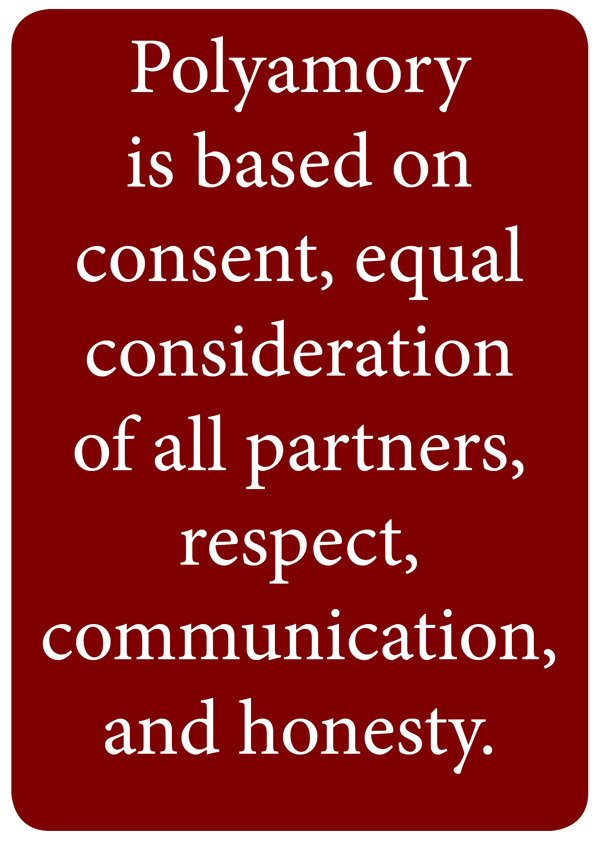 However, I personally do not identify as polyamorous.  I believe that there are people who are truly polyamorous and those who are not.  I do not believe that there is an in between or gray area.  You can either accept and live in the poly lifestyle or you can’t.  People who force polyamory on themselves but who are not truly polyamorous cannot be happy in their heart of hearts.  There are countless people who have tried to engage in polyamorous relationships and found that they cannot be content living in such a lifestyle.  Usually the main factor that determines so is jealousy.  Jealousy after all, is a natural human emotion and it rears its ugly head so frequently among people who engage in polyamorous relationships.

Abuser M identified as polyamorous.  There was only one catch.  He demanded that me, his main partner stayed true to him and only him.  He would not allow me to engage in any romantic relationship outside of our own.  He wanted complete control of me in every way and it would have been a threat to him if I shared my love with anyone else.  Conveniently, I did not personally identify as polyamorous and the word “no” was something I never said to abuser M.  Me having another partner would never be an issue because it was something I was not interested in.

About a year and a half into our relationship abuser M revealed to me that he was preparing to move another girl into our home so that he could engage in a polyamorous relationship with her.  What was I to do other than agree?  I was completely submissive to him in every way and whatever he wanted was delivered to him without a fuss.

He knew that I was stressed about the new girl that was about to enter our relationship and to appease my anxiety he offered up a few ground rules that he portrayed as a way to displace my distress.  He told me that I would always be his primary partner – meaning I was his number one or sorts.  He told me he loved me more than her and that I would always be his priority.  He also said that there would be a clear pecking order in our household and that this girl would be made to do whatever I wished.  She would be on the bottom of our kinky totem pole.  I tried to accept these meager offerings but deep inside knew that nothing would make me feel better about what was about to take place.

The other girl arrived and he quickly collared her as his slave.  We both wore the same 24/7 collar only hers was heavier to signify that she was more submissive to him than I was.  I took it as a clear sign that he desired her more than me because he only wanted complete and utter submission from his women.  I now see that this tactic was just another way to put me down and keep me under his thumb.  I could never be quite good enough for him.

We converted our bedroom so that the other girl could sleep on the opposite side of him as me, but we were all to sleep in the same bed.  Abuser M wanted to have both of us at the same time even though her and I wanted nothing to do with each other.  We both had assigned roles within our house which became a great source of tension as I was used to fulfilling all of the roles before she had arrive.  Both of us were treated as slaves, waiting on him hand in foot.  He also physically abused the other girl yet she always asked for more.  I was selfishly thankful that he had someone else to release some of his sadistic tendencies on.  By creating such a household, abuse M set himself up to be the ultimate king of his own delusional castle.

Eventually this girl also became violent and abusive towards me.  I felt like I was literally going crazy due to my living situation and I was torn.  I was being forced to live a life that I wanted nothing to do with but if I chose otherwise, my Master would want nothing to do with me and would release me.  He told me that I had no say in the matter and that if I did not agree with his decision to engage in polyamory I could leave.  In retrospect, I wish that I had left him at that point but I now know that it was impossible for me to do so because I was completely dependent on him in every way.  He had managed to situate my life so that I could never leave and if I did ever try, it would be a horrible mess.  I eventually found this to be very true when I was able to escape his control at a later time.

There is so much more that I can say about this “polyamorous” relationship that I was forced to be on one side of but I feel those words may be better suited for other blog posts.

The reason for this post is to point out that abuser M’s behavior and treatment of me was abusive and he acted solely on his narcissism.  He wasn’t living the poly lifestyle because if he was, he would have also allowed me to do so.  Polyamory is not a one-sided street. 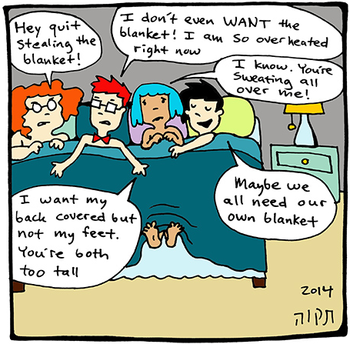 After conversing with many true self-proclaimed polyamorists, I found that they were disgusted with his behavior and also classified it as abuse, as I was not truly consenting to such behavior.   He was using the guise of polyamory to disguise the fact that he wanted to engage in a sexual relationship with another woman regardless of what I thought.  I now know that it didn’t matter what I thought, but he titled himself as polyamorous so that he could justify the extra relationship to people who knew us.  Yes, he openly displayed his polyamorous relationship to our mutual friends, family and coworkers.  How else could he possibly explain the extra relationship that he was engaging in?

What’s Done is Done (Past Posts)