My Father Used Me as a Pawn; The Golden Toilet – Trigger Alert 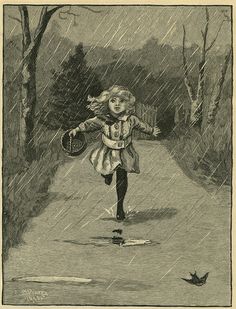 I don’t remember much of this trauma but I have held on to this memory ever since the trauma happened when I was 5 years old.  I still do not know to this day if my memory of the traumatic event is complete or not.  Thinking about this day still brings tears to my eyes.  I don’t know where my father went wrong this particular day.  Perhaps he was high on drugs, perhaps he was on a power trip…  I’ll probably never know but I still question to how any father could put his 5 year old daughter through such torment? 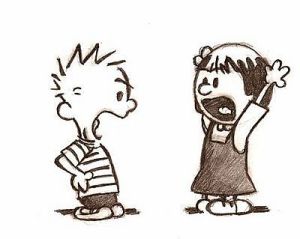 I was 5 years old when this trauma happened and living in Tehachapi, CA with my biological father, my step-mother and my months old half-sister. It was a hot summer day.  There wasn’t much grass where we lived so we would take a dip in the kiddy pool or hang out in the shade to keep cool.  I was obsessed with my little half-sister, like she was my baby doll.  I loved her so much and still do to this day.  On this particular day my father and step-mother were fighting… screaming at each other is more accurate. I don’t remember what the argument was about but I do remember wanting to get away from the screaming.  Objects were being thrown and broken in the house around me and so I decided to sit on the end of my small bed.  Silently and wishing I was invisible.

My father burst into my room screaming at my step-mother who was still in the other room.  Sometimes my father would use me as a pawn to terrorize my step-mother and this day was no exception.  I was sitting on the end of the bed, wishing he couldn’t see me as he proceeded to pull down his pants and urinate all over me.  He completely soaked me in his urine from my head to my waist.  My bed was also soaked in his urine.  I remember feeling as though I had to protect my little half-sister in this situation but I am still unclear as to where she was during this incident.  I don’t remember much more of the trauma other than my step-mother yelling back at my father about how immature his actions were.  As helpful as she thought she was at the time, I now realize she was a huge contributor to many of my childhood traumas, just like my father.

How do I process this memory?  I wish I knew the right answer.  I have held onto the memory, remembering every single sense that my body allows me to recall from that day.  I was terrified and degraded.  I felt worthless and like a pawn.  I was nothing but an object to my father, simply used to manipulate other people.  I meant nothing more to him than a toilet.  At least he would have the courtesy of flushing a toilet.  Or maybe not?  I will probably never know. 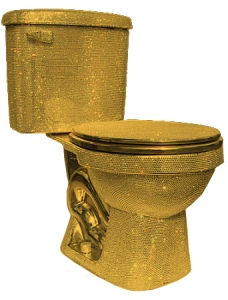 The Cotton Ball Bandit: The Only Dad I Ever Knew. – Trigger Alert

Let me introduce you to Chris, my now ex-stepfather.  Chris is also known nowadays as “The Cotton Ball Bandit”.  Let’s see if I can pull up a few articles for your reference… 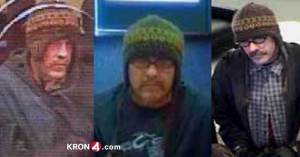 This is the only man that I really ever knew as a father.  His full name is Christopher Jay Wootton but he is better known as The Cotton Ball Bandit in the Bay Area. Why?  Because he robbed 10 Marin County banks while only attempting to conceal his appearance with a cotton puff beanie.  Or whatever it is called… He has been dubbed The Cotton Ball Bandit whether it really captures his true character or not.

I am now attempting to focus on the positives in our relationship.  Chris is now in prison and will probably stay there for the remainder of his life given that he has been sentenced to 60 years in prison and he is already 63.  I feel that his confinement to a prison only catalyzes my relationship with him simply because I know that he is in a position to ponder and possibly answer many unanswered questions that I have about my childhood.  So far he seems to be honest and genuine in his letters to me.

There is so much that I can and will eventually discuss about Chris aka The Cotton Ball Bandit.  He obviously shaped who I am as a person today and he is an important tool in my (C)PTSD recovery.  For now, I will leave you with a photo that Chris captured of me many years ago.  It is now shockingly ironic given he currently resides in San Quentin State Prison…